The interactions of billions of neurons ultimately give rise to our thoughts and actions. Remarkably, much of our behavior is learned starting in infancy and continuing throughout our lifespan. We aim to develop a mathematical toolkit suitable for analyzing and describing learning in the brain and mind. Our current focus is on the theory of deep learning, a class of artificial neural network models that take inspiration from the brain. Alongside this theoretical work, we develop close collaborations with experimentalists to empirically test principles of learning in biological organisms.

The lab is supported by a Sir Henry Dale Fellowship, Wellcome-Beit Prize from the Wellcome Trust and Royal Society, the CIFAR Azrieli Global Scholar Program and the Schmidt Science Polymaths Program. 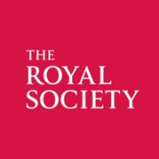